You are here:
Former Lancers 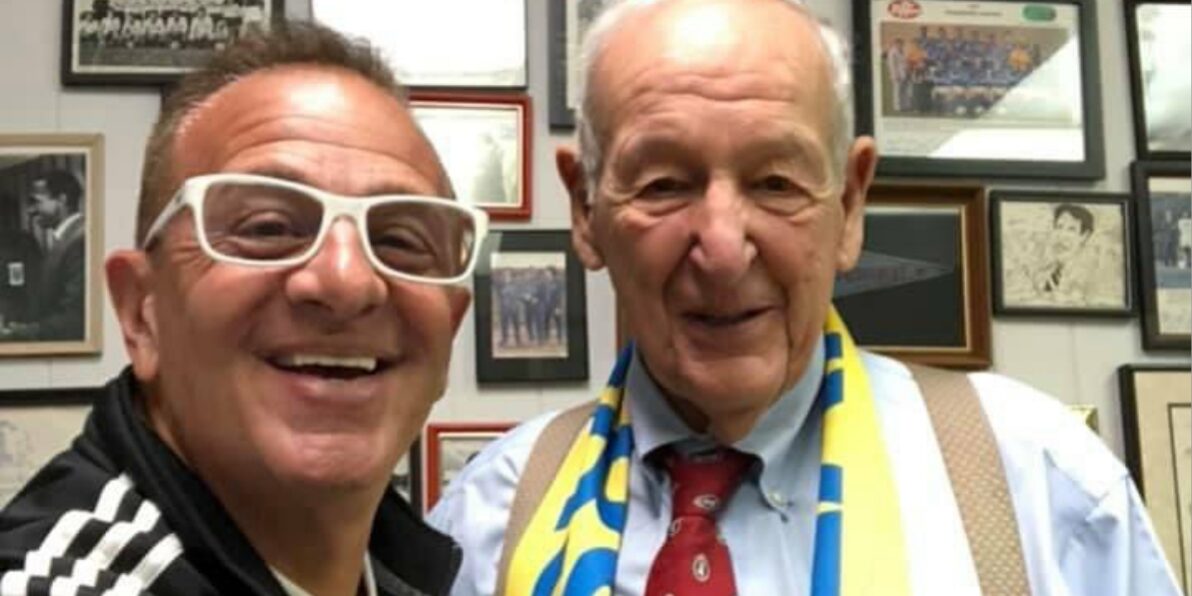 This story originally was posted on FrontRowSoccer.com on June 28, 2021

Fifty-one years after winning the North American Soccer League title, two members of the organization were honored by the modern version of the Rochester Lancers Sunday.

In a surprise gesture by the club and the Flower City Union minority owner Jimmy Paolo, owner Charlie Schiano and trainer Joe Sirianni received their 1970 championship rings during halftime of the Lancers’ National Premier Soccer League game with Syracuse FC at Charles A. Schiano Sr. Field at Aquinas Institute.

In 1970, the Lancers defeated the Washington Darts to capture the NASL title, 4-3, in the aggregate-goals series encounter. Rochester won the first leg at home, 3-0, on Sept. 5 before dropping the second leg in Washington, D.C., 3-1, on Sept. 13. It was the only league title the Lancers won during their 14-year history (three in the American Soccer League, 11 in the NASL).

Also during halftime ceremonies, long-time Lancers defender and team captain Jake Schindler, who has performed for the club’s indoor and outdoor teams since 2011, was inducted into the Lancers Wall of Fame.

Current Lancers head coach Doug Miller realized the importance of remembering and honoring the past.

“Respect to the pioneers of the game is crucial because without the Charlie and Joe and the other ownership groups that have taken the cast to bring soccer back in the late 60s, early 70s is a huge accomplishment,” he said. “Being an entrepreneur myself, there’s a lot of blood, sweat and tears and expense that goes into that most people forget about 50 years later. So, it was good to honor those people who came before us and carried the torch.

“That’s what our country is all about; honoring those giving us the opportunity, to play this game and provide that environment and culture and, and that was started 51 years ago.”